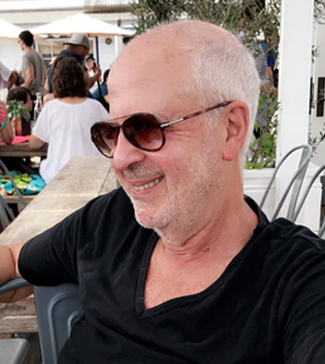 The music business is ramping up again, increasing its value, which means good news for artists and music professionals, but at the same time it means it’s time to face the challenges that are part of our digital reality. These new challenges come as no surprise to Roland Kluger, a French entrepreneur, publisher and mentor, whose been a key player in the local and the global music publishing scene for quite a while now…. Kluger is now experiencing an interesting deja-vu, looking at the recent transformation the music industry is going through.

Kluger started his career back in the 60s, when he got into his father’s publishing business at early age. Representing  major publishing companies and managing the rights of superstars like Paul Simon, Bob Dylan and even The Beatles in France and the Benelux, he got to live the music business’ days of innocence.

During the 80s and 90s, when global music conglomerates took over, Kluger and his European colleagues, an elite squad of music publishers and producers, including Stig Anderson (who managed ABBA) and Peter & Trudy Meisel (who managed Boney M), partnered up to keep the sub-publishing business alive, using their expertise and market knowledge as a secret weapon. Kluger produced some successful international hits, including the Chakachas, known in the US by their hit “Jungle fever”, Plastic Bertrand, the first and unique French Punk song “Ca Plane pour moi” and Disco Samba, but most importantly – he acknowledged the power of globality. He ensured an opportunity of worldwide recognition to his artists.

In the second part of his career, Kluger was fascinated by a new growing force called e-Commerce. He co-founded Télé Achat, France’s home shopping format and partnered with major TV channels – TF1, M6, the Swedish AB Kinnevik and the American HSN group to name a few, to Sell products on TV. During that period Kluger was also CEO of HSS (M6 group) . The company expanded throughout Europe, Canada and all the way to China.